CTIA-The Wireless Association® in conjunction with Harris Interactive has released some new research on cell phone use by teenagers (Release: September 12th, 2008). The survey looked at teenagers aged 13-19, across the United States. There were 100 questions about cell phones, perceptions, and attitudes.

Below I have highlighted some interesting findings

So, I'm a freshman and i have seen multiple groups of people asking eachother if they want to share the answers to a test via text message. I have also had to teach my class mate what the teacher had just said so much that I get very aggrivated when he asks me "What was he saying?" or "WHatare we supposed to do?" This is because he is texting and searching the internet on his phone instead of listening to the teacher.
My question is : If 18% of people said phones had a positive effect on their education, may I infer that 82% said phones have a negative effect on their education?

P.S. I'm doing a persuasive essay on why cellphones should hot be used in the classroom. :D please do not bann this comment.

if students are allowed to use their cell phones during class, there will be more distractions than learning. the point of going to school is to have the learning exsperience and for students to be able to get help from teh teachers. cell phones should not be allowed in class and certinaly should not be used as a learning tool. students who do not have cell phones will not only be left out, but will be hindered from learning. teachers should use technology to futher students' education not cause destrations and opportunities for conflict.

i think that since people think they cant live without a cell phone is stupid because what did they due prior to the invention of cell phones but know that we have it why not take advantage of what we have and use them anytime we have a chance what if it is a major emergency and schools dont allow us to have them if we dont disrupt the class we should be able to use them.........

Alana Dixon. Im a Sophmore in High School and ive noticed kids do text but the annoying part of it all is the reason they dont pay attention is because they have to go out of there way to send that text or search the web. Me personally i can text all day long shoot i do sometimes but i still know whats goin on. i have to different classes that are completely different i have my history class where as long as my work is being done i can use my phone and truly it helps out alot because im not taking that extra time trying to hide my phone. But in my english class and math class my teachers get onto me and it pretty much deprives my learning because i have to go out of the way.
P.S im doin an essay on Why Cell Phones should be aloud to a certain extent.

Tyler: Maybe you should put the cell phone away in your English class and pay attention to spelling and grammar. Or, at least use your phone to look up the correct spellings :)

I am also doing a persuasive esay on why cell phones should be allowed. And I also agree quite a bit with what tyler said. The whole having to hide the cell phone is really why so many students are not able to pay attention. If we were allowed our cell phones as we work, we would pay a lot more attention, since we dont have to keep glancing down at the cell phone we are currently hiding under a table. I am able to avoid the whole messaging thing during school, but if they allowed it i have the feeling my grades would go higher, and my learning would improve.

i'm a senior and i think we should have the right to use our cell phones in school. In most of my classes the teachers dont care if i text and those classes i have B's and and A's, but in the classes where i am having to hide my cell phone and spend more time looking at it to see if i have a text i have lower grades. I also use my cell phone to take pictures of my notes so that i am able to look at them when i get home. cell phones in school isnt a bad idea, i also text my friend who was sick for two weeks all of her work and she was right on track by the time she came back to school. i also let my teacher use my phone to call her. in some cases cell phones are great in school. so stop only looking at the bad parts in the cell phone use in school and look at the good things it does also. Oh yeah and alana tell your friend to just stop asking you what is going on and that will fix your problem now wont it!

we are in the modern society now. people have to realize that we our education is as much part of our life as cellphones are. man has created such wonderful technology...i'm not implying that you should be able to whip out your cell anytime you want, but there should be exceptions.

I am working on my Master's in Instructional Technology. I posit that IF students were required to use their cell phones FOR projects in class, and the use of said phones was due to the fact that they are an integral part of students' lives, and are NOT going away, then students would begin to use them more as a tool than a distraction. What if most teachers used e-mail to assign and collect homework, papers, and feedback on learning? What if art teachers required students to picture message them with their original photo sources for projects? What if music teachers asked students to record some kind of live music every month? What if history teachers asked students to video something happening as though it were a huge news story, and would end up in history books some day?

Why should parents have to pay their children’s cell phone bill when other people, such as school administrators, tell them when they can and cannot use it? The school systems shouldn’t be allowed to supervise when or where the students can use their phone when they aren’t the one paying the cell phone bill of these students. I feel that until they are forking over the money to pay or help pay these bills, they can have NO say so in the usage of that student’s cell phone.

I also am doing an argumentative essay stating whether or not i believe cell phones should be allowed in schools. All of your feedback has assisted me somewhat but some have given me different view on the matter. I think that some students use it in the wrong way and this is why we are not allowed, however teaching with technology has proven to be beneficial in the past for not only the students but the teachers. I have no definite view on this as yet though. But cell phones in school may encourage people to steal so they can get the latest and coolest phone.

The sad part is that every kid that has said they are writing some type of persuasive essay that cell phones should be allowed in school, have had horrible grammar. I believe that itself proves that they should not be allowed. Our country spends the most on education in the world and we are ranked something crazy like 16th grade wise. Kids need to stop playing on their phones and pay attention in class. Kids will say they can multi-task, and some can, but they still can not fully pay attention in class and get all the information they need, and that is a proven fact. Kids/teens need to realize that the real world is more important than the internet "social world".

my town issued computers and ipads to all students 8th grade and above. so musch more work is getting done. yes there are distractions like games and stuff, but the benifits out weigh the downsides

I think that cell phones should not be allowed in school because of HOW they are used. If they were used for another purpose than texting or cheating then teachers might let you have them. Learn which side of this is in the right and which side isn't. Just because you want to use your phone in school doesn't mean that's the right side of the argument. Teachers and administrators have a point when they say no phones at school because it interferes with the learning of many students.

sarah concha. i think cell phones should be allowed in schools... everyone has them and instead of using extra funding's for buy tablets for student use, they can just pull out their phones and use them to research. and the money can go towards something else that's needed; yes they might use them to text their friends but come on everyone does it weather theyre banneed or not, that just means students have to be sneaky with them so they dont get caught. even if they did get cought and taken up they will 90% most likey do it again so banning them wont help anythying.

This is great articles for all the parents and teachers that help to grow teens and kids well. 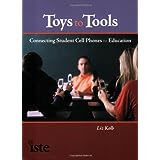 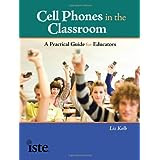 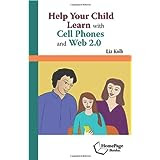